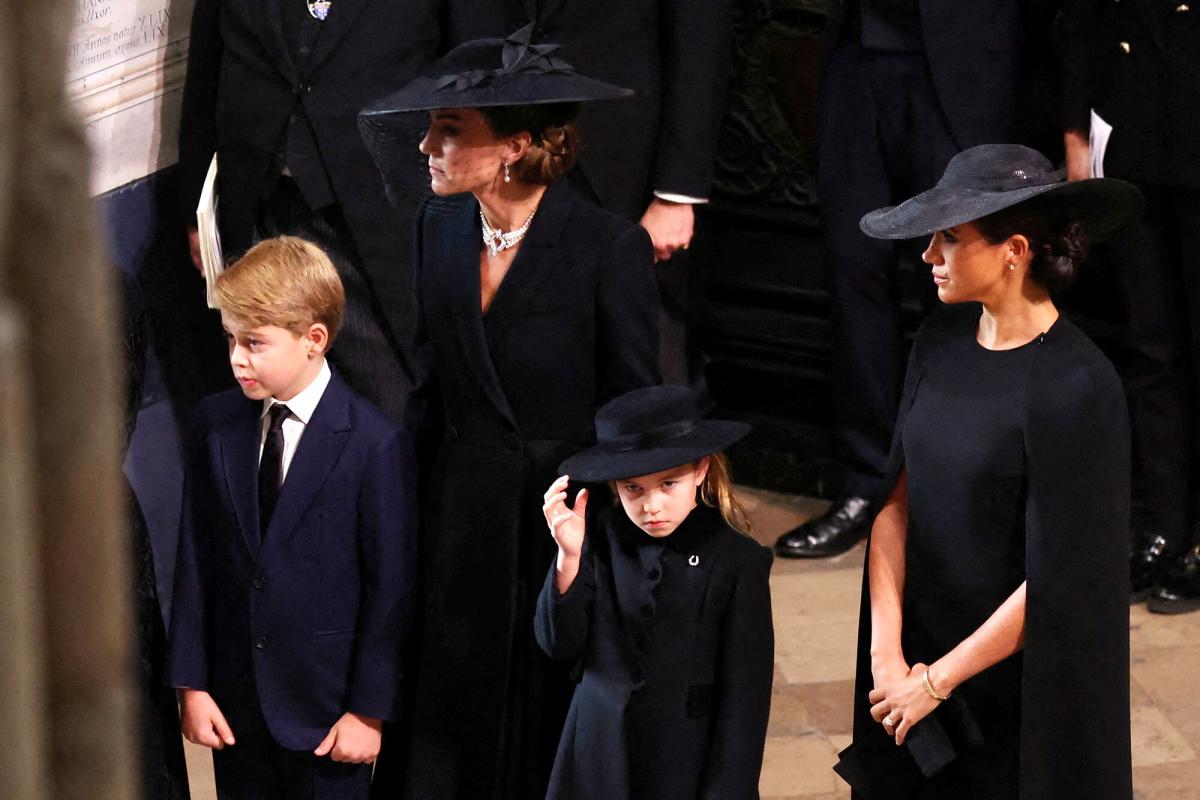 Prince George and Princess Charlotte joined their parents to honor their great-grandmother Queen Elizabeth at the late monarch’s state funeral on Monday.

George, 9, and Charlotte, 7, joined the royal procession behind the Queen’s coffin alongside Prince William and Kate Middleton as the family headed down the aisle at Westminster Abbey. Kate, 40, accompanied the little ones to the service, although William, 40, arrived earlier with King Charles III.

William and Kate spent the past week carefully considering whether to include their two oldest children in the procession and service, PEOPLE understands. With the world’s eyes on their parents, George and Charlotte were at Westminster Abbey for Prince Philip’s memorial service in March.

RELATED: A guide to all the notable names at Queen Elizabeth II’s funeral

George and Charlotte are several years younger than William was when he attended his mother Princess Diana’s funeral in 1997, aged 15. Prince Louis, 4, was probably considered too young to join the rest of the family for Monday’s funeral.

William revealed that the ceremonial procession of Queen Elizabeth’s coffin from Buckingham Palace to Westminster Hall last week reminded him of the same ritual after his mother’s death.

“He said how hard yesterday was and how it reminded him of his mum’s funeral,” mourner Jane Wells said. The Telegraph mentionted. “Katherine said it was such a difficult time for all of them, for the whole family.”

Last week, Charles, 73, addressed the UK for the first time since the Queen’s death aged 96. Among the changes announced, Charles shared that Prince William and Kate, both 40, had inherited the titles of Prince and Princess of Wales.

On a 40-minute walk outside Windsor Castle on September 10, the new Prince of Wales spoke to a well-wisher in the crowd about his family. Elaine Gee, 58, a teacher from Wokingham, spoke to William about the difficulty of explaining the Queen’s death to pupils at her primary school.

“I told him how I work at a school and how it was a weird year celebrating the Jubilee and now everything has changed and we’re talking about it,” Gee told PEOPLE. “He spoke about George, Charlotte and Louis, saying they were trying to keep a sense of continuity for them at school and keep things as normal as possible.”

Prince George, Princess Charlotte and Prince Louis were pictured attending a preview day of lessons at their new school, Lambroc, just a day before the Queen’s death.

Kate told another well-wisher outside Windsor Castle that Prince Louis had a sweet reaction to the news of Queen Elizabeth’s death, saying: “At least grandma is with great-grandpa now,” according to The Sunday Timeseditor of the royal family Roya Nikkhah. 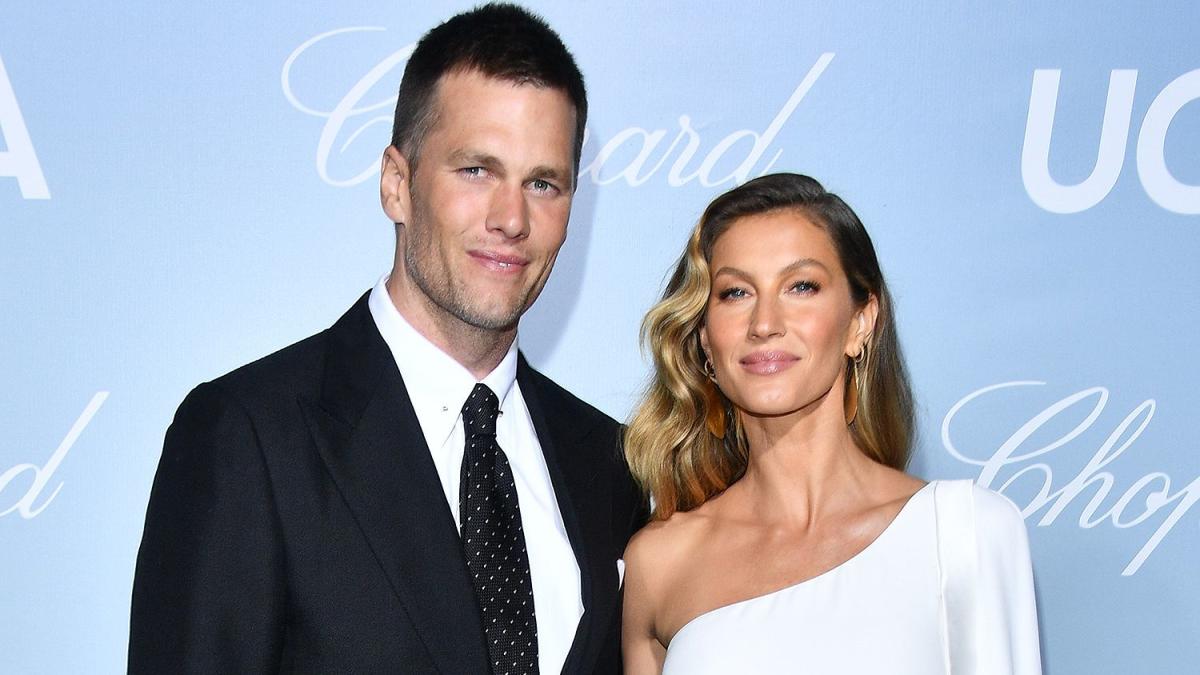 Tom Brady and Gisele Bündchen have been living apart for “more than a month,” the source says 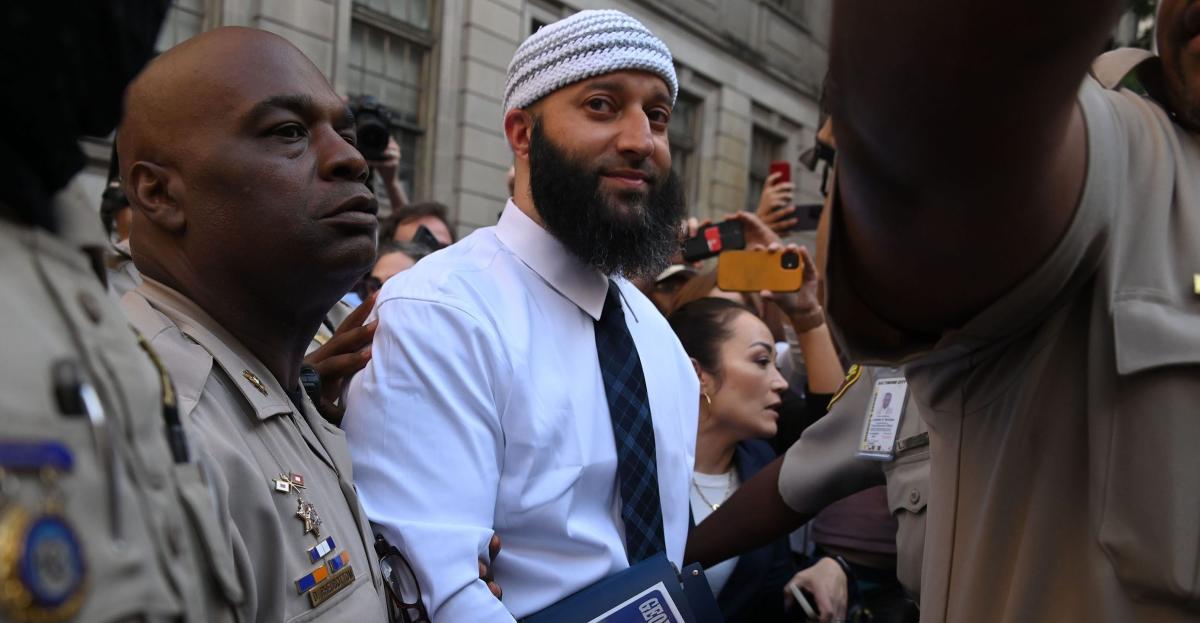 8 excerpts from the release of Adnan Syed, from alternative suspects to unreliable evidence