Bordered by sea on its east and west coasts, the arid landscape of Saudi Arabia is one of the hottest and driest places on earth. The lines “Water, water everywhere, Not a drop to drink” come to mind when considering the challenges facing this arid nation.

Rainfall averages just three inches a year in the capital Riyadh, while some parts of the country may go without rain for a decade or more. In summer, temperatures in its cities regularly exceed 40 degrees Celsius, reaching 55 degrees in the desert. The country has no lakes or rivers and its underground aquifers are rapidly depleting.

But unlike the lost and despairing sailors in Coleridge’s famous poem, “The Rime of the Ancient Mariner,” Saudi scientists have exploited the salty seawater around them through desalination. Now, as the world’s largest producer of desalinated water, they are moving towards a future where this essential resource is both affordable and sustainable.

Traditionally, desalination has been achieved through distillation, where seawater is heated to separate the drinking liquid from salts and other contaminants. The process is not only energy-intensive but also costly.

But all that changed in 2016, when Crown Prince Mohammed bin Salman announced Vision 2030, a strategic plan that sought to improve life in every segment of Saudi society. It included a number of sustainability commitments – such as increasing renewable energy and reducing carbon emissions – that are now part of the Saudi Green Initiative.

The trickle down effect was seen everywhere, but especially in the country’s water industry. Leading the charge was the Saline Water Conversion Corporation (SWCC), the company that produces about 70 percent of the Kingdom’s desalinated water.

SWCC has begun a program to replace thermal distillation technology in its plants with reverse osmosis, a more energy-efficient process that forces salt water through thin membrane filters. Compared to distillation, this method typically uses only a quarter of the energy to produce the same amount of water, according to the SWCC.

The company also introduced newer membrane filtration technology – developed by scientists based in Saudi Arabia – to halve the amount of energy used according to SWCC consulting engineer Nikolay Voutchkov. It’s so efficient in fact, that SWCC set a new Guinness World Record in March 2021 for the lowest energy desalination plant in the world.

“Despite our achievements so far, we are still motivated to do better,” says Vutskov.

SWCC has now set targets to halve its energy consumption by the year 2030 and become carbon neutral by the year 2050. Much of this change will come from further improving the technologies used in the factories, says Vouchkov. These include improved membrane filtration systems, new energy recovery devices that will reduce waste to almost zero, and more energy efficient pumps, all of which will help reduce fossil fuel use.

Their desalination units are also getting smarter. With the help of artificial intelligence systems, the machines are able to autonomously maximize their energy and chemical use while producing water, Vutskov says.

Perhaps some of those carbon emissions could also be saved by harnessing the sun’s power – something scientists at Saudi Arabia’s King Abdullah University of Science and Technology (Kaust) are investigating.

One futuristic proposal under consideration is a “solar dome,” which would collect heat from the sun to evaporate seawater and produce fresh water. Similar types of technology are already used to generate electricity through steam, but if scientists find it viable for full-scale application, this will be the first time it has been used for desalination.

But more realistic prototypes have already been built in Kaust. In one, desalination equipment was combined with solar panels so that the heat generated by these panels could help evaporate the seawater. Tests revealed that it could produce up to 1.64 liters of water per square meter of solar panel area every hour, and that the water needs no further treatment to be used in agriculture.

Converting the brine into a pore

Desalination – even of the low-energy reverse osmosis variety – comes with another challenge: brine. This by-product has the potential to affect coastal life and ecology as some desalination plants simply dump it back into the sea. Indeed, as a country with no lakes or rivers, Saudi Arabia is the largest producer of brine in the world.

Again, Voutchkov has an ambitious plan: to turn the byproduct into a resource. “The desalination industry is often challenged by the effects of brine discharges on the marine environment,” he explains. “However, the reality is that today, the desalination industry and regulators have a comprehensive system in place to predict, monitor and control potential environmental impacts throughout all phases of project development and implementation.”

In Saudi Arabia, discharge from desalination plants is constantly monitored to ensure that the marine environment is preserved and protected and that all waste is treated to environmentally safe standards, according to Voutchkov.

He adds that the brine is rich in minerals such as sodium chloride, magnesium and rubidium, and mining these precious resources could support a whole new industrial chain.

“Trading revenues have the potential to fully subsidize the cost of water production in Saudi Arabia, as well as lead us to new sources of renewable energy for the Kingdom,” he says.

Plans are already underway to build a new processing plant in the Kingdom that will operate as a “salt mine”, where minerals and rare metals will be extracted from the brine. Sodium chloride, for example, would then be sold to local chlor-alkali companies that produce products such as chlorine and caustic soda.

According to Dr. Ahmad Al Amoudi, director of the Desalination Research, Innovation and Technologies Institute at SWCC, agreements have already been made with several chlor-alkali companies in Saudi Arabia to supply these raw materials once the plant is operational.

Dr. Al Amoudi’s team is also working with the US Department of Energy on a joint research project to examine ways to extract rubidium from brine to produce environmentally safe energy.

In the misty deserts of Namibia, where rainfall is scarce and the fauna thirsty, ingenuity is rewarded. This is why the mist-falling beetle, a creature no bigger than a strawberry, can be seen climbing high sand dunes and doing handstands. At these water-rich heights, the mist condenses on the beetle’s body and flows directly into its mouth, completing the successful, seemingly magical extraction of water from the air.

At Kaust, researchers are perfecting a technology that achieves similarly intelligent results. In 2018, Peng Wang and his team at the university’s Center for Desalination and Water Reuse created a hydrogel – a polymer that looks like a black, squished blob – that can capture water from the air for other use or even drinking.

The hydrogel contains calcium chloride, a non-toxic salt that is very thirsty. it absorbs water vapor and moisture from the air and then releases the liquid when exposed to the right conditions.

In Kaust’s original tests, 35 g of hydrogel captured 37 g of water. Once it was left out in the sunlight for a few hours, the clear water separated from the gel and was collected. The lab estimated that collecting 3 liters of water could cost as little as half a cent a day, a particularly important factor for less affluent areas of the country in the coming years.

The next stage was to move water production from a batch process to a continuous one – a task the team achieved in 2019. And in 2020, the team was able to develop a prototype solar panel that was cooled using water from the hydrogel. innovation that is especially useful in the heat of the Middle East.

It is little known that as temperatures rise, solar panels actually produce less energy and become more inefficient. In tests, the Kaust researchers found that the water released from the hydrogel could cool the solar panels by up to 10 C, drastically improving their performance.

“The technology could be made as small as several millimeters for electronic devices, hundreds of square meters for a building, or even larger for passive cooling of power plants.”

The future of water

As the effects of climate change increase, resources like water will become more precious, meaning it is more important than ever to produce it cheaply and sustainably. And the research and innovations already happening in Saudi Arabia could be a model that could be replicated in other water-scarce parts of the world.

As Dr Al Amoudi says: “Water is so important to life and we must protect it for future generations.”

[The article was originally published in October 2021]

It’s the worst September for stocks since 2008. What does this mean for October. 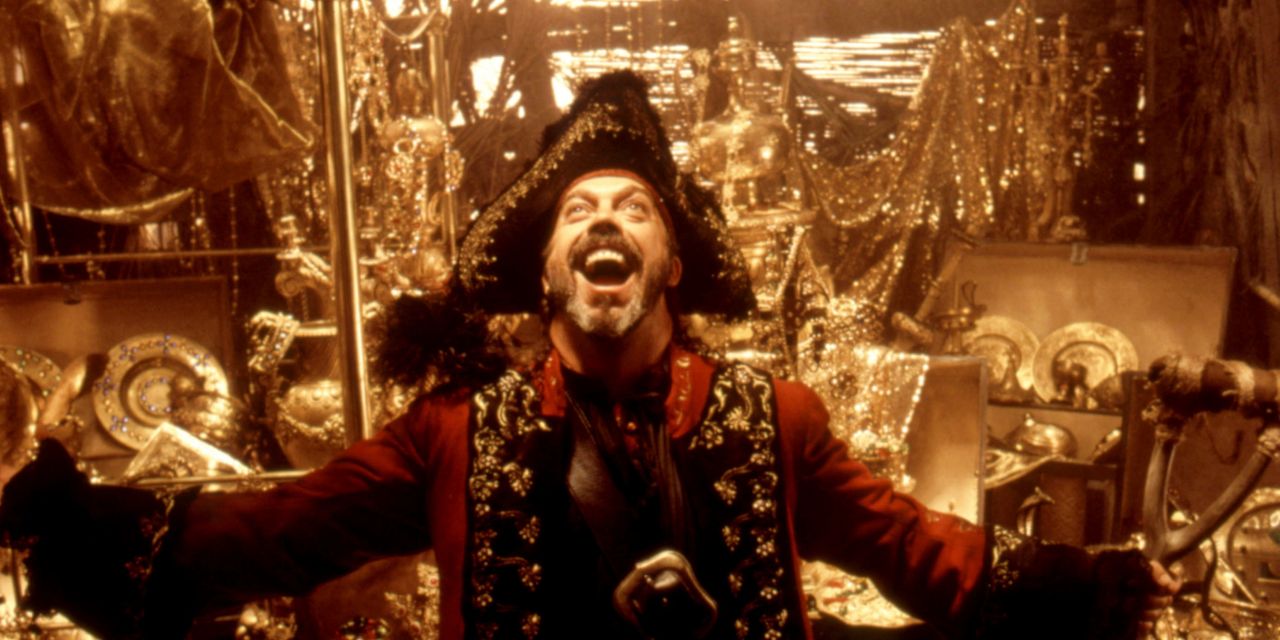